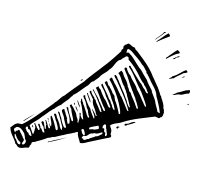 NOMINATED BEST BAR IN THE WORLD

READERS FAVORITE BAR IN THE CARIBBEAN 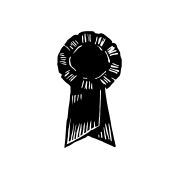 Here's what they're saying about Duffy's Love Shack...

"What if Jimmy Buffet gave a party & everybody came? It would look like Duffy's Love Shack. Its almost guaranteed to blow your inhibitions away . . . it's Parrot Head paradise."

"Purchase the signature gear: The Duffy's logo measures high on the Richter scale of Caribbean cool, readily identified by cognoscenti the world over."

"Taking care of the President (Clinton) while they vacation is hard work and the White House staff, Secret Service and national press corps need an occasional break too... many in the presidential entourage headed to Duffy's Love Shack a Red Hook bar. A White house aid said it took some of the group most of Saturday to recover."

"The one that has never visited a Love Shack before and orders a Volcano will be surprised at the spectacular show that appears in front of him."

"For a complete evening on the town ... there's Duffy's Love Shack which is good, loud and fun."

"If you want to do as the locals do, you'll make time to go to Duffy's Love Shack. Slap bang in the middle of a parking lot, Duffy's is not the place to come for a romantic interlude. Discard your inhibitions and choose from a list of powerful brews served in anything from tiki gods to space ships!"

"In the middle of a parking lot is Duffy's Love Shack, a casual bar/restaurant that's on almost every islanders list of truly quintessential St. Thomas experiences."

"This is a fun and happening place where you can mingle with locals. "

"Boogie nights... gotta' keep on dancing! Whether you are in St. John or St. Thomas, stop off in Duffy's Love Shack and shake your groove thing to tunes of the 70s and 80s. Sip on toy filled drinks with names such as "The Volcano" and "Painkiller." The gyrating bodies and island charm of Duffy's is definitely infectious. Don't even think of an early a.m. appointment other than sleeping on the beach."

"Smoke begins to fill the room, a strobe light flashes, red lights come on and the theme from '2001: A Space Odyssey' starts. Regulars at Duffy's Love Shack know someone has ordered a Love Shack Volcano and the party atmosphere steps up another notch. Newcomers watch wide-eyed as servers parade a flaming 64 ounce drink with 18 inch straws out to a customers as Jimmy Buffet's 'Volcano' begins to play."

"...the star of Red Hook nightlife is Duffy's Love Shack, literally a shack in the middle of a parking lot, and known as wild and crazy"

"After Dark the USVI nightlife... Duffy's Love Shack roars to life on weekends."

"On New Years Eve: Look for wild parties at Duffy's Love Shack in St. Thomas for all the fun your liver can handle"

"This is a St. Thomas institution complete with flaming volcano drinks and sailors who are three sheets to the wind. If you're looking for the epitome of good-time tropical bars, you've found it."

"Dancing into the night, funky Caribbean drinks and theme parties (they supply the outfits) all add up to a fun time at this open air thatched-roof 'shack'."

"Duffy's Love Shack focuses much attention on a carefully orchestrated tropical theme park for grown-ups. . . the Shack screams FUN. Complete with such home-grown concoctions as Love Potion #9 and The Wacky Pineapple, all Love Shack drinks"

"Duffy's Love Shack won best bar in St. Thomas . . . a big reason for the success is the high energy of the bartender and staff, plus the bars weekly creative specials."

"Readers nominated Duffy's Love Shack as their favorite watering hole in the Caribbean . Based on the reports of our readers, the Love Shack seems to have a combination of Halloween and Mardi Gras almost every night. An Israeli dentist wrote that he was "dancing on top of a tank" . Another reader . . . 'dressed up like pirates and drank from coconuts for days'."

"No trip to the islands is complete without a little nighttime debauchery among locals, and the favorite place to clink margarita glasses is at Duffy's Love Shack, a bona fide thatched roof bar. After one or two Duffito Mojitos (mint, cane sugar, rum and lime) or Booty Calls (bananas, Irish cream and pina colada), guests are sure to shake their own booties to the DJ's tunes. Should you be around for Taco Tuesday, indulge in tacos, shots and upside-down margaritas while playing "pin the tail on the burro." "

"From the bamboo-handled menus to the theme parties (Nerd Night is our favorite), Duffy's is F-U-N from the get-go. Don't miss trying one of the huge tropical concoctions like "Revenge of Godzilla", a 32oz monster of vodka and fruit juices that may just have you believing you're in Tokyo by the end of the night."

"Duffy's Love Shack in St. Thomas... drinks are viewed as veritable experiences.A slew of fruity rum potions are served in tiki glasses, fish bowls or miniature volcanoes, while island-hopping tourists decked out in plastic leis and pirate hats dance in conga lines to the music of Jimmy Buffet."

"Its called the Love Shack for a reason..."

"If there's one thing St. Thomas offers cheaply, it's vice. So you can safely assume your bar tab will be one of your smaller expenses. Night life ranges from quiet dockside bars to pulsing dance floors. If you want Shaggy or Beyoncé, head to Duffy's Love Shack which has a two-drinks-for-the-price-of-one happy hour between midnight and 1 a.m. on weekends."

- New York Times Where to Party 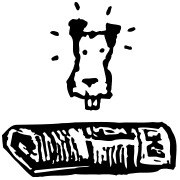